Spare Parts made The Times in London TWICE!

The first was 28th August 2012 in The Daily Universal Register, and the second was in a feature story on Viktoria Modesta on the eve of the closing ceremony of the Paralympic Games, where she played the gorgeous ice queen !

Viktoria’s leg in this photo and the crystal leg she wore at the ceremony were both made by Sophie de Oliveira Barata from The Alternative Limb Project in London. 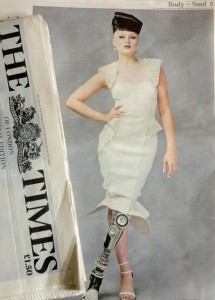 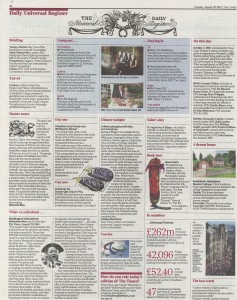