I didn’t post this article online originally, as I wanted everyone to buy the magazine! But a few editions later I am happy to share for those who haven’t got their hands on a copy, as it is one of my favourite articles from over the years! I am very proud of be included in such a wonderful magazine!

You can buy Frankie at all good newsagents and bookstores in Australia, and it also from lots of other great shops around the world, including the UK. You can search here for one in your town. You can also buy it online here.

To read the article you can click on the JPEGs on this post, or the transcript is below. I try to add transcripts as often as possible, for both radio and print, to help make this site as accessible as possible. Enjoy! 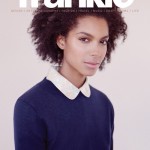 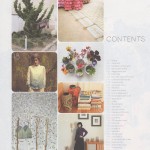 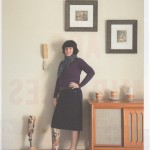 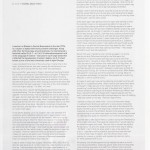 Everybody has a story

As told to Rowena Grant-Frost

I was born in Biloela in Central Queensland in the late 1970s in a cluster of babies with various health challenges. Along with other farming areas around Australia, it’s now believed a herbicide called 2,4,5-T – or Trichlorophenoxyacetic acid in the language of science – was used in such large doses that it affected the development of unborn babies. 2,4,5-T is best known as one of the main chemicals used in Agent Orange.

I was considered to be one of the lucky ones: I had a hole in my heart, blocked arteries, and was missing the fibula bone in my right leg, which along with the foot never full developed.

By my mid-20s I was living in Tokyo. I started out teaching English, but ended up working for a horrible finance company. To keep my sanity, I also worked with Japanese bands that were recording albums in English. I helped with some word selection, but mostly assisted with pronunciation when singing and picking the best take that sounded the least Japanese. It was lots of fun, and involved a lot of late nights saying: “It’s ‘thhh’ not ‘ssss’.”

Around this time, I found that my leg was becoming more and more debilitating. The worst part was my toes: they were curling together more and more, making it difficult for me to walk very far. For years doctors had wanted to amputate my right leg, but I was always too scared. Late one night, when I was struggling with the short walk home from the train station, it became clear to me that something had to be done. I decided to come back to Australia, face my fears, and see what I had to do to get my leg chopped off so I could start again.

In the week leading up to my surgery I was a bit stressed and undertook some relaxation sessions with a psychologist-slash-hypnotist. One of the sessions we did involved “talking to my leg”, and we had a big ‘ol heart-to-heart. As crazy as it sounds, my leg told me she was sad because I had given up on us, as she felt like I was abandoning her. This made me cry so much that shirt my got drenched right through. I promised my leg I would always love her and care for her, which is why I made the decision to have her cremated. I have her ashes at home, so we are still together! It makes my eyes go all watery even thinking about that session. It was life-changing for me: a moment of personal awareness that I will always remember and treasure.

I was 26 when I finally had surgery: November 29th, 2005. And it’s still the best decision of my life! It took me a few months to get my first leg. I had a problem spot after surgery and ended up in emergency on Christmas Day with an infection. But by late January I was going great and got my first prosthetic. To my surprise, prosthetics aren’t that easy to use at first: you don’t just get to put them on and walk out of hospital. For a while I went to the physio with the leg in my backpack! I remember being very frustrated and just wanting to be good at it already, so I could move on with my life.

Over time I started wearing my leg every day, while still using crutches. Eventually I started feeling more comfortable and could put enough pressure on my stump to take unaided steps. I remember my first step was at home on my own and I thought: how many babies have this happen to them? No one around to see! But later that day I went to work and showed my boss my tiny, tiny, little step and we hugged and cried and had a lemon, lime and bitters to celebrate. I didn’t drink for four years after I chopped my leg off, so a lemon, lime and bitters was wild as I got. But this is still a day I will always remember.

Anyway, I didn’t have that leg for long. My stump shrunk like crazy and the socket [the bit your stump goes into] replacements began. Around this time I got my first leg with a Skinergy silicone leg cover and thought I was the bee’s knees.

A few years ago I was getting more into sport and wanted to shed the cosmetic cover so my leg would be lighter to help with my running. After putting up with all my Skinergy requests for years, my prosthetist was a bit worried I suddenly wanted a basic leg, pole exposed and all. He thought I’d be back in a week asking for a cover. But he was wrong. I loved it; I felt free and could bounce around so easily! I added a personal touch, and had red and white polka-dot material applied to the socket. I never knew a tiny bit of fabric would change my life and how everyone perceived me. Suddenly, I didn’t have a leg with a pole: I had a polka-dot leg! People would come up to me and tell me how much they loved my leg. I really loved kids’ reactions when they came across Polka – they always wanted to touch and ask questions.

Earlier this year I needed a new running leg again: my stump had shrunk and Polka was too big for me [she went into retirement]. I have the same style leg now, but this time with Japanese fabric I bought in Tokyo. When I had my new leg made, I also decided to have another one made with a full leg cover, so I could wear tights and boots again. But after experiencing the joy Polka bought into my world I realised I could never go back to having a plain old leg. So I wrote to my favourite artist, Mark Ryden, and asked if I could use one of his artworks on my leg. Much to my surprise and delight, he said yes. Now people ask me who my tattooist is, which is pretty funny.

A couple of years ago I was spring cleaning and pulled out a few old legs from a cupboard at home. I didn’t want to just leave them there, so thought I might ask one of creative friends to turn them into something I could hang from my wall. A few days later I went to a friend’s exhibition opening at the Brisbane Powerhouse. While I was there is started to think a bit bigger and imagined legs all over the wall. I told a few friends that night, and over about an hour of chatting I had sold myself on the idea. I named it Spare Parts.

I started to collect pre-loved limbs – turns out there were heaps in cupboards and sheds just waiting for a new purpose. Amputees and people in the prosthetic industry really took to the idea and the project started to grow. In the beginning I enlisted artists I knew and respected, but when the exhibition became more popular artists started writing to me, which was super-exciting. I was so happy to see my little idea and quest for creative fun turn into this exciting project.

I got the idea to take Spare Parts to London during the Paralympics from a radio interview. The presenter asked me if I would organise an exhibition again I said, “Yes, but only in London during the Paralympics,” as a bit of a laugh and a smart-arse way of saying, “NO WAY.” I don’t think he knew what to say, so he dared me to do it. I started to talk to potential sponsors and see who had money to help make it happen. And next thing I know I was looking for a venue in London and registering a domain name for www.spareparts2012.com

Personally, this whole experience has helped me learn so much more about prosthetics, especially above-knee and arm amputees. I love meeting amputees and staff from different clinics around Brisbane and, with social media, I’ve met people from all around the world who like my idea. In the lead-up to London, prosthetics have been donated from all over Australia and overseas. It’s been super-challenging organising an exhibition from the other side of the world, but it’s so close now I can finally feel it coming together. I just can’t wait to be there, making the most of it.